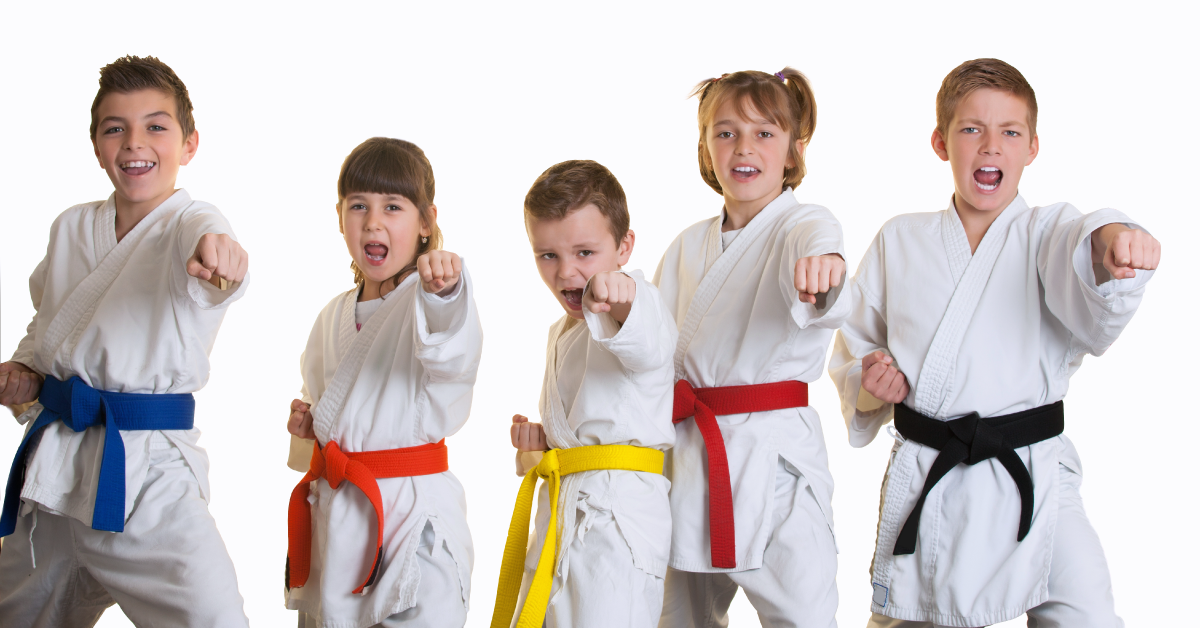 5 Reasons You Should Enroll Your Child in Martial Arts

Let’s clear the air right away. If you grew up in the 80’s or 90’s, you likely wanted to be like the Karate Kid or one of the Teenage Mutant Ninja Turtles. It’s ok, embrace it.

Now that you’ve got little ninjas of your own, you’re probably weighing the costs and benefits of enrolling them in a martial arts academy. Since the days of mullets and Mr. Miyagi, the options for choosing a local martial arts school have exploded.

Martial Arts Are Something Every Parent Should Consider

A dojo is a place that commands respect, focus, and honor.

In many martial arts traditions, students of all ages must show honor (often bowing) to their instructor as well as other classmates. Such a simple gesture sets the tone for what’s in store. It serves as a reminder to everyone that martial arts demand focus, respect, and self-restraint – all things that qualify as excellent life skills.

In most martial arts schools or academies, an ethos of honor and prompt obedience to instructions permeates the atmosphere and students catch it quickly. Many parents note an increased level of compliance at home once their child begins practicing a martial art.

Many martial arts traditions use a colored belt system of ranking. Each belt represents a certain level of proficiency and often requires some test or qualifying examination to obtain. Seeing other students wearing higher-ranking belts often compels kids to strive for the next level.

Not only does ranking fuel determination, but the physical demands of martial arts also develop kids’ ability to sweat, strain, and push themselves beyond their limits. Whether engaging in group conditioning such as push-ups or grappling with a classmate for a three-minute practice round, kids quickly learn to force themselves to work harder than ever before.

One of the benefits of martial arts for kids is the variety of disciplines from which they can choose.

Many parents enroll their child in 2 or 3 martial arts classes (many times at the same dojo). Each style challenges them in unique ways. Here is a short list of forms and the unique benefits that come with each:

Engaging in differing styles of martial arts will develop your little warrior in various ways. Ask an instructor if they offer kids’ classes in each one.

Disclaimer - your kid will learn to do things that might freak you out at first.

Unlike youth basketball or swimming lessons, your child will learn to punch, kick, grapple, block, and more. Even though it takes place in a controlled and monitored environment, the very nature of martial arts is, to various degrees, aggressive.

The benefits of martial arts for kids is that it redirects their natural impulses toward aggression and channels them in constructive, helpful, and beneficial ways. All the martial arts disciplines listed above primarily focus on self-defense rather than self-promotion, humility rather than bravado.

In many martial arts schools, students receive a structured, well-rounded education in physical fitness, mental alertness, humility, and respectful social interaction. They will also gain confidence to face an increasingly scary world with a desire to avoid trouble - and with the ability to deal with it if the need arises.

Also, they will be challenged to dedicate themselves to press on in their pursuit of the next level of achievement in their respective discipline. Whether it is passing a hands-on test while the student’s instructor grades them or demonstrating proficiency to graduate to the next belt color, kids learn to stick it out even when it’s hard.

Encourage Your Kid to Be Involved In The Decision

As you can see, the benefits of martial arts for kids are many. Moreover, the choices of martial arts schools and academies are plentiful. Make your research a joint effort with your child and drum up some excitement. Help them choose a martial arts style that is right for them and encourage them to get in the ring – you will gain loads of cool parent points!